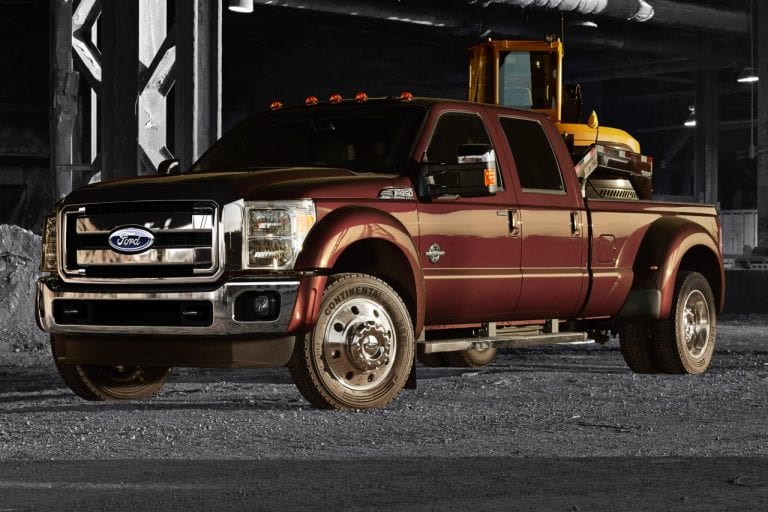 Harrison F-Trucks has added the 2015 F-Series Superduty to its F-Series range in Australia, now offering RHD conversions on the entire F-Series range.

HARRISON F-TRUCKS is the only importer in Australia able to offer the full F-Series range, from the F-150 through the full range of Superduty models, the F-250, F-350, F-450 and F-550 and the F-Series Superduty. All are fully backed by Harrison F-Trucks Full Volume Silver Australian Compliance which ensures the right-hand drive conversions are carried out to the highest safety standards.

Harrison F-Trucks started delivering the F-Series in Australia in 2002 and VDC has been providing legal compliance for right hand drive for the truck since 1982. Harrison F-Trucks offers not just the F-Series model range, but also the complete line-up of trim and equipment variants. With impressive performance, towing capacity and space the F-Series Superduty is the heavy duty version of the F-Series.

The 2015 F-Series Superduty has had engine and chassis upgrades to deliver best-in-class power, torque and towing capacity, including an improved Power Stroke V8 turbo diesel engine, stronger F-450 and a revamped King Ranch model. In addition, for the Australian market the Superduty now comes with new locally developed and tested configuration for the passenger side airbag, further boosting safety.

The improved ratings are a result of designing and engineering the truck as an integrated system. This approach has enabled the F-Series engineers to optimize performance across the full Superduty line-up and Harrison F-Trucks and VDC have made sure these changes are fully available to Australian users.

Key innovations on the 6.7-litre ‘Power Stroke’ V8 tubro-diesel are its compacted graphite iron engine block and reverse-flow layout. This design is exclusive in the segment places the exhaust inside the engine’s V-shape with the air intake positioned on the outside, resulting in various advancements:

Other upgrades include a larger turbocharger for increased airflow, resulting in more power. The compacted graphite iron engine block is stronger yet lighter than cast iron, is more wear-resistant, and has enhanced sealing properties. A further benefit of the larger turbo in the F-Series is improved engine braking, manually controlled by a push-button switch on the dashboard. Extra braking power helps reduce wear and tear on wheel brakes and requires less manual brake application from the driver, especially on downhill grades. New injector tips spray a higher flow of atomized fuel into the cylinders, which helps provide additional power, a more complete burn and reduced noise, vibration and harshness. Other benefits include lower emissions and less fuel deposit build-up on the intake valves over time.

The F-350 Superduty is available with a high-capacity towing package that includes new front springs and a wide track axle, increasing the gross combined weight rating with the 6.7-litre Power Stroke engine from 14.5 tonnes to 15.9 tonnes.

Improvements to F-450 that allow it to handle the increased tow rating include commercial-grade 19.5-inch wheels and tyres, upgraded rear U-joints and suspension components with new leaf springs, front and rear anti-roll bars and shock absorbers. The steering system has stronger gears and linkages and the fifth-wheel/gooseneck has increased towing capacity. The brakes, shared with Superduty chassis cab models, are larger and feature new antilock calibration for enhanced performance.

Fitted with a six speed TorqShift gearbox, the F-Series is available from Harrison F-Trucks and VDC with five trim and equipment levels. Delivered via its Harrison F-Trucks Melbourne and Sunshine Coast dealerships, the F-Series Superduty range starts with a recommended retail price of $105,000 excluding statutory charges, dealer costs and delivery for the F-Series F250 4×2 regular cab.

“The 2015 F-Series Superduty provides Australian businesses and primary producers with a new vehicle choice, one that carry up to six people in comfort and safety to their workplace while towing up to 15 tonnes all with the durability and reliability that has made the F-Series a true automotive legend,” says Nic Harrison. “At the same time it is a real alternative to the top end SUV and four wheel drives, capable of towing with ease the largest caravans and trailers, while providing luxury and features that rival its conventional competitors, along with space and a visual presence that could only come from an F-Series. I believe that the combination of the new F-Series and Harrison F-Trucks will take the world’s bestselling vehicle, one that has been the benchmark for four decades, to a new level of success in Australia.”